Look at the graph at this Abu Dhabi Men’s College page which gives information about how electricity in the US was produced in 1970.

Now go to http://tinyurl.com/6ey880z which gives figures for 2010. Open Excel and type the data Make a pie chart. Compare the two graphs. Write about 150 words. Print one page with the two graphs and your 150 words.

accounted for, contributed, came, supplied, comprised, generated,
less than, made up, one-eighth, proportion, supplied, was,
three-quarters, produced, was produced 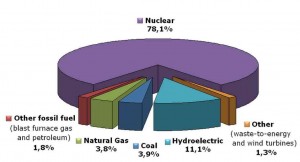 Visit http://en.wikipedia.org/wiki/Electricity_generation and compare the two graphs on how electricity is generated in France and the US in 2009. 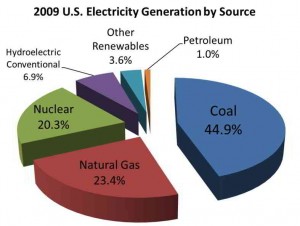 Violence on Television (Long) Television news shows many scenes of disasters and violence. What effect can this have on individuals and society?
Continue reading --->