Here’s are some ideas and vocabulary from an essay on “Scientists or Politicians – Who is More Important?” 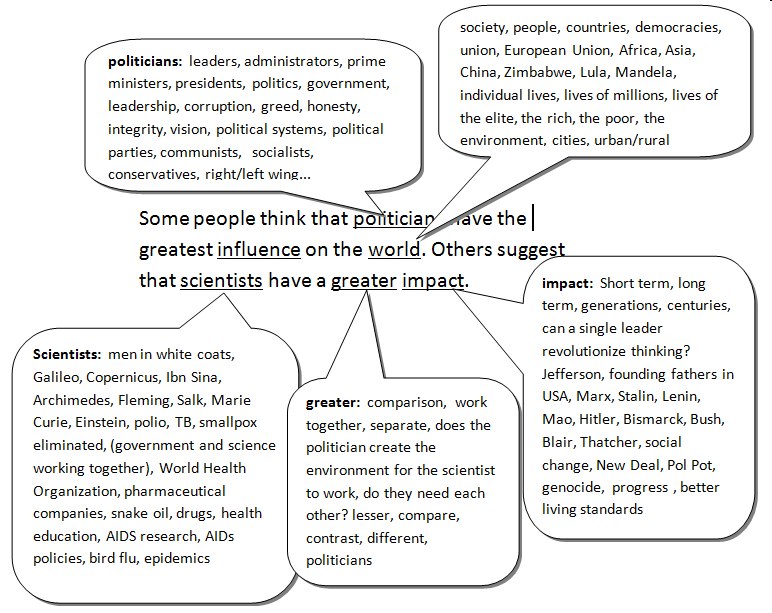 Here’s a body paragraph (NOT a complete essay!)

Scientists have changed our world. First of all, some scientists have forced us to completely change how we view ourselves. Newton’s laws of physics, Galileo’s observations, and Darwin’s theory of evolution changed basic human ideas and beliefs. Other scientists are still famous, but not so well known. Who remembers the 2002 Nobel prizewinner for Physics? But most of the incredible advances in science and technology in our world today are tiny contributions by tens of millions of scientists, researchers and technicians, working in labs or in the field. Without the hard work of these people our lives would be shorter, more painful, and less amazing.

Childcare: Who should provide it? Why should the government help working parents by providing childcare facilities?
Continue reading --->