Some people say cheap air travel is good because it enables ordinary people to travel, while others argue that it is bad for the environment. Discuss both views, and include your opinion.

In the air travel market there are cheap and expensive air travels operated by different travel agencies. Some people think that cheap travels are more favorable than expensive ones. While others have reverse opinion. In this essay, I will explain why we cannot waive from the cheap travels even if bad for the environment.

There are many people believe that cheap air travels are a good option. This is because they cannot afford to travel abroad using expensive flights. For example, many overseas students to prefer to choose cheap travel to save their money for their tuition fees. In addition, many people whose their works depend on travelling are always avoid the expensive flights to balance their budgets. Thirdly, cheap travels could be a good factor of employments increment. The reason is many travel agencies would be widened and urged to employ many employees to occupy the travels volume.

However, other people may think that cheap air travels are not quite good. Their evidence for their belief is the cheap air travels could pollute the environment. The carbon emission of the old airplane engines usually discharged to the air. Moreover, old airplane shapes disfigure the aesthetic scene of the modern airport. For example, most of Kish airlines’ airplanes are old and negatively affect Dubai Airport shape. In addition, the old airplanes have unpleasant effect on travelers’ feeling especially when an old one parks nearby a brand new one. What’s more, there is a high possibility of fatal accident occurrence when using old airplanes, especially when there is a lack of maintenance services. For example, out of many, in 2003, one of Kish airline’s airplanes had collapsed and felt on Emirate of Sharjah in U.A.E. causing many dead causalities including all passengers and the cabin crew.

Lastly, cheap air travel would last long, since there are many poor countries and poor people. Travel agencies can always moderately maintain their old airplanes and apply good quality of paint and proper service. This will add little more to the air ticket prices, but will result in saving the environment and the users’ lives.

I am looking forward to reading comments from you good end.

The idea here is that people comment on each other's essays. Have a look at some of the contributors here:

These are all busy people doing IELTS, with families and jobs and other commitments. If everybody makes one or two comments on other people's essays, the workload and ideas will be shared!

Your intro wanders around the main point, but it doesn’t get to the topic until the final word (‘enviroment’). You need to avoid wasting time and get to the point quickly, otherwise you will lose marks. See the official descriptors for IELTS Task 2 Writing (public version) here, under Task Response:

You also have a fragment in your introduction (“While others have reverse opinion”) Read more about Fragments. This is a memorized phrase AND it’s not correct -  an article is missing. Here’s one possible rewrite of the intro:

Cheap flights today allow millions of travel for work or business. However, as air travel causes pollution, some people have suggested increasing the cost to reduce the number of travelers and protect the environment. In this essay, I will explain why…

Try to replace nouns with verbs. You wrote:

Thirdly, cheap travels could be a good factor of employments increment.

The biggest problem with this essay is ideas. You need to really focus on the main ideas. This is simply not a convincing idea:

Moreover, old airplane shapes disfigure the aesthetic scene of the modern airport. For example, most of Kish airlines’ airplanes are old and negatively affect Dubai Airport shape.  In addition, the old airplanes have unpleasant effect on travelers’ feeling especially when an old one parks nearby a brand new one

The environment suffers from many problems, but the relative ugliness of old or new planes is not one of them. Some people love old planes! However, some old planes, like the ones in Kish Air’s fleet have much higher running costs. Keep to the topic: you are getting “tangential” now (see the official descriptors for IELTS Task 2 Writing (public version) here, under Task Response in Band 4).

The rest of Paragraph 3 is definitely tangential, if not off-topic.  Yes, a plane crash is bad for the environment, but many cheap carriers (Ryanair, Air Asia) have relatively new planes, so focusing on Kish Air or on crashes is tangential. Do we ban cars because of the impact of car accidents on the environment? Planes are infinitely safer

Apart from the direct impact of plane emissions on the environment, what about the effect of those millions of tourists? The endless airport infrastructure and highway development? The noise pollution? The keyword is ‘environment’ and you need to focus on the main aspects.

Your conclusion mentions paint. I won’t even go there.

Just to put it in context, here is the number of fatalities on planes in the last 12 years. Last year, there were 33,800 deaths in car accidents in the US, and 2,200 in the UK. In one year. Perhaps we need to paint our cars different colors. 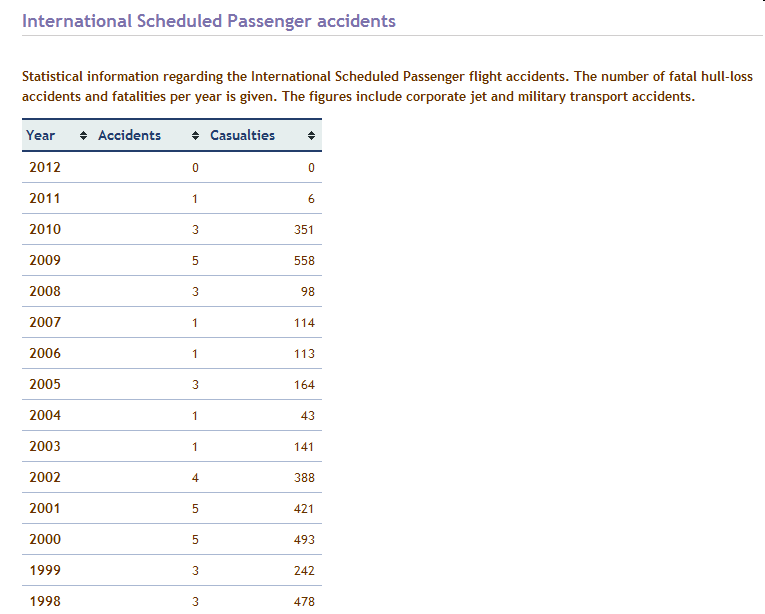 First of all, I would like to thank you for your kind reply. You are right about the sharing of the work load and ideas between the candidates of IELTS who are logging in to the writefix website.

However, I was on hurry just to know more about my weakness area in English writing, since my examination is on after tomrrow. Your above explanation is a brilliant one which given me lots of ideas about my lack of writing quality. I would perfectly benefit from.

Thank you again for your reply and your patience.