Not many young people living in rural areas have access to university education. Universities should make it easier for people from rural areas. To what extent do you agree or disagree with this statement?

Now that the majority of the world’s population live in cities, it’s easy to forget that millions still live in the countryside, far from most of the world’s prestigious schools and colleges. In this essay, I will suggest how universities can make it easier for students living far from cities to receive a good education.

It’s not necessarily a good thing for colleges to open physical campuses in rural areas. First of all, land costs money, and building labs, libraries and research units is eye-wateringly expensive. Secondly there is the problem of staff. Not all university staff will be able or will want to relocate to small towns or villages far from their colleagues. A third issue is inefficiency. A tiny campus in a rural area may only serve a few hundred students, compared to extensive facilities for thousands of students in a city. In addition, students in a small campus may miss the interaction and atmosphere of a larger city university.

However, there are many ways to facilitate third level education outside the cities. For one thing, there are many technological solutions. Radio and television have long been used to extend the reach of education, and now almost all bricks-and-mortar universities offer some form of distance education via email or the internet. These are not perfect solutions, but they can work well. Another approach is to offer beginner-level courses in rural campuses and then require students to transfer for their final years. Yet another approach is specialization, where particular departments or faculties disperse across the country, perhaps with agriculture in one province and engineering in another. However, a very important point is to offer scholarships and to have special entry requirements or quotas for students from rural areas. Many people in the countryside may lack the financial resources to live in cities and pay high tuition fees. 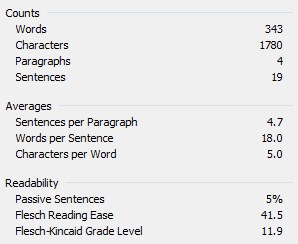 In conclusion, many universities nowadays welcome diversity and equality in their policies and student bodies. It’s important for them to also make sure that students from rural areas also get the best education they can.

You can find a shorter version of this essay (241 words, compared to 343 for this one) here.

Nowadays traffic in major cities is worsening. What problems does it create? How can we help solve these problems as individuals?

As more and more people move from the countryside into the world’s cities, traffic is becoming a bigger and bigger problem. Public transport is unable to cope, and people turn to private transport, often making the situation worse. In this essay, I will suggest ways in which individuals can take the lead in improving the flow of traffic in our cities.

It may seem as if there is nothing the individual can do to solve traffic problems. Investing in public transport such as the construction of a metro, railway or tram system, or even introducing a bus network is far too expensive for the ordinary individual. Even calling on local authorities or politicians to begin such projects is usually very unrewarding because of the long timescales involved. Finally, buying your own car or motorbike just adds to the overcrowding and magnifies the traffic problem.

However, there are some steps ordinary individuals can take. First of all, where possible we should opt for public transport, such as buses, trains, or even taxis, rather than using cars. These are a more efficient use of limited urban space than private vehicles. Another option is to pool: to share our cars with other people going to the same work or school. The fewer vehicles on the road, the less congestion. A third approach is to live closer to where we work, so that we can walk or cycle. It is much less stressful to know that you can reach your work within a few minutes by the simplest forms of transport. Finally, we do need to work with local politicians and urban planners to provide transport services. If they are not constantly pressed, they will spend the money elsewhere.

In conclusion, although traffic may seem like an insurmountable problem, it is simply the result of many individual choices. It is pointless waiting for governments to take action – we must take some responsibility ourselves.

Traffic: What can we do? Nowadays traffic in major cities is worsening. What problems does it create? How can we help solve these problems as individuals?
Continue reading --->